There are always discussions about the breeding forms and / or better selected mutations of the swordtail, Xiphophorus hellerii, and its closer relatives.
Here I write about the double-swordedtail, which is unfortunately displaced because of the greater attractiveness for the trade of lyra-swordtail. The basis is my conclusion from my experiences and considerations in the breeding of the different fin forms of the X. Hellerii that basically every fin extension is inherited individually on the individual fins and -pairs, but are genetically close to one another.

The double sword has thus as its only extension its fins at the edges of the tail fin (caudale). Genetically this may be the same extension, as it is with the classic Lyra-sword carrier, with all fin-margins prolonged. 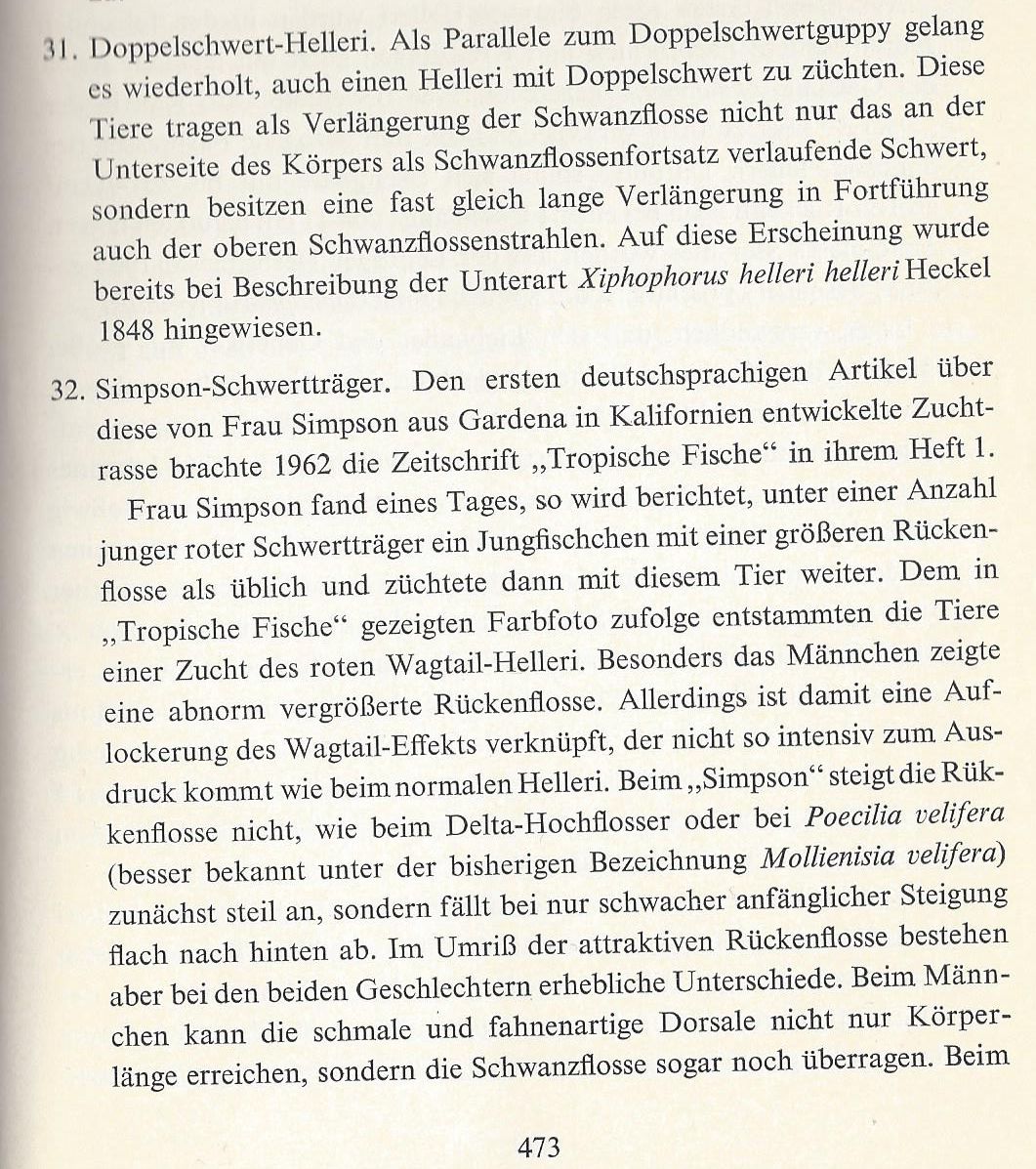 31. Double-sworded Helleri. As a parallel to the double sword guppy it succeeded repeatedly to breed also a Helleri with double sword. These animals bear as an extension of the tail fin not only the sword running on the underside of the body as tail fin continuation, but have an almost equally long extension in continuation also of the upper tail fin rays. This phenomenon has already been pointed out in the description of the subspecies Xiphophorus helleri helleri Heckel 1848.

Text of the English edition:
31. Double-sworded Helleri The production of a Helleri with a double sword, comparable to the double-sworded Guppy, has been carried out on several occasions. These fish have an upper sword, produced by the elongation of the upper caudal fin rays, as well as the usual lower sword.

Especially in the case of double swordedtail as well as in the case of the kings-lyretail, it is important to wait for the age of more than 7 months to clearly determine the fin shape.

Robert Ellermann made a further contribution to me. In the magazine "The Aquarium" from May 1953 there was an article about a double sword carrier as a find in a shop: 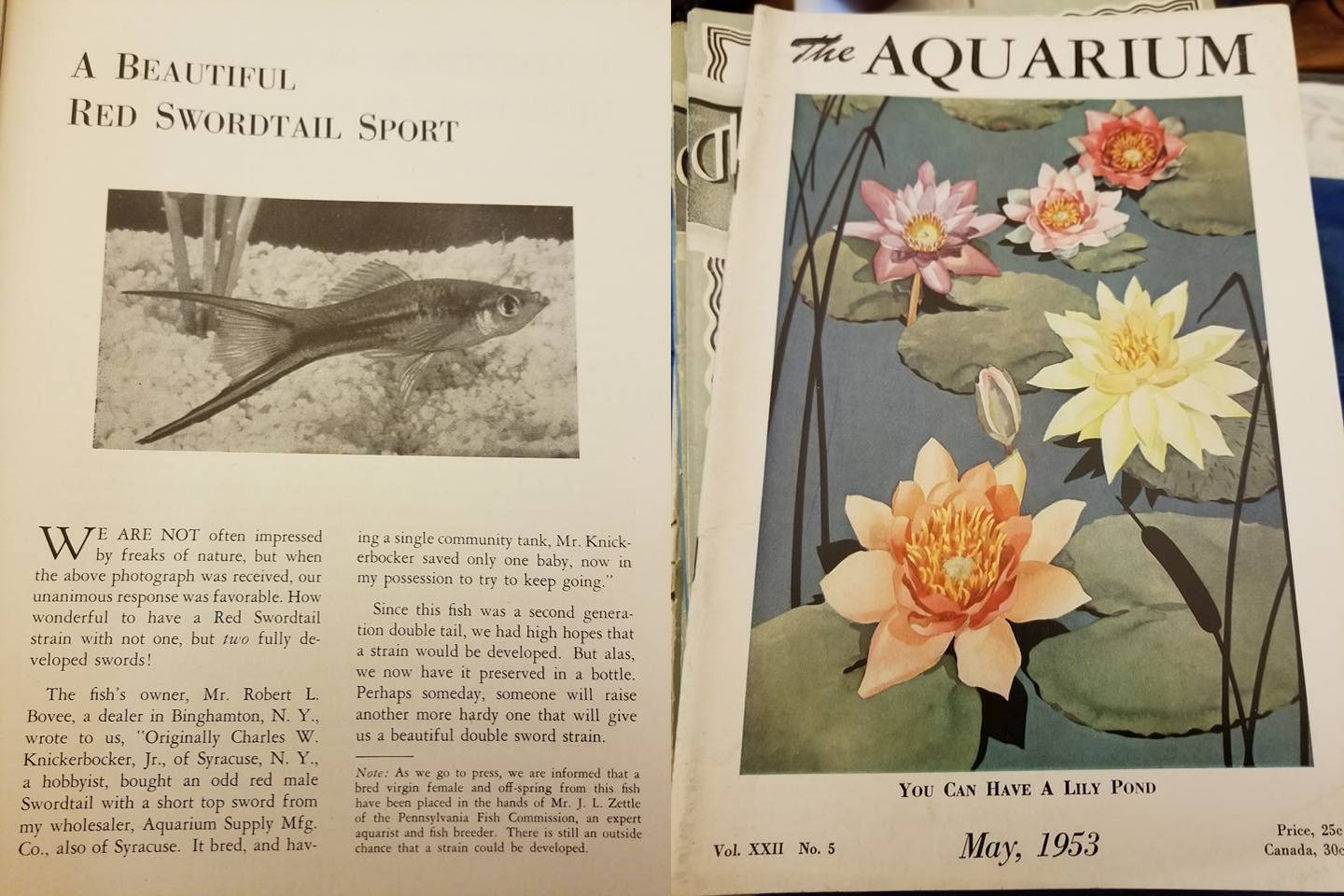